You’ve just spent some time learning something challenging or studying for an exam. Now you’re done and ready to chill. But how? What’s your chill drill?

What do you do? Do you, starved from your social media hiatus, grab your phone and send some Whatsapp messages, update your Facebook or Instagram timeline, or thoughtlessly just surf the web? Perhaps you prefer to complete a Sudoku puzzle? Play Minecraft? Or perhaps you prefer the real deal and do nothing at all. You might opt for staring at the ceiling or simply closing your eyes and resting.

Does it matter how you rest or is there a ‘best’ drill on how to chill? 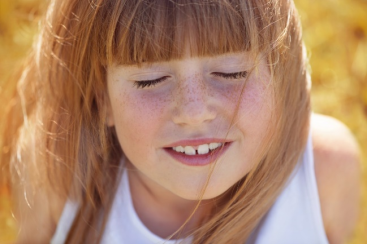 You might think that it really doesn’t matter and that you should just chill in the way you prefer. Spoiler: That’s not the case if it comes to learning and remembering. In that case, it does matter!

There have been a number of recent studies about what’s called ‘wakeful resting’, which basically means: Doing nothing. The close-your-eyes or stare-at-the-ceiling type of chilling. We must admit that until recently, we had never really heard the term ‘wakeful resting’. We also didn’t know that for learning and remembering the way you rest actually makes a difference.

However, the research on wakeful resting has been alive and kicking since the end of the 19th century. Back in 1894, Hugo Munsterberg and his colleagues studied the effects of various types of rest and learning. The people participating in their experiments remembered less and made more mistakes if the time between learning/studying and remembering was filled by thinking activities instead of doing nothing.

In 1900, George Müller and Alfons Pilzecker found that, if you had to learn two word lists, one after the other, the first list was remembered way better if the time between studying the first and the second list was longer. They found that a longer time period (i.e., 6 min) between learning two word lists increased retention for the first word list, while a shorter time period (i.e., 36 sec) decreased memory performance for the first list, also when a visual distractor task was used after learning.

Fast forward to the ‘now’. There are some recent articles from between 2012 to 2019 that study wakeful resting in similar ways. People from various age groups received something to learn. For example, stories, a word list in their native language, a word list in a second language, and so forth. After that, half of the participants was asked to do some kind of activity, like solving a puzzle or looking at a ‘spot-the-difference’ image.

On average, they spent between 8-10 minutes to complete these activities. During the same 8-10 mins, the other half of the participants was asked to ‘wakefully rest’; the participants were asked to close their eyes and do nothing.

After this, depending on the study, all participants received an unexpected test directly after the active resting or wakeful resting break or after a couple of (usually 7) days.

The results of all experiments were the same.

The people who wakefully rested and did ‘nothing’ remembered more of whatever had to be learned than the people who completed unrelated activities during the break. Interestingly, this was true for results on tests right after the break AND for tests after 7 days as well!

These results can be explained with the (retroactive) interference theory and the consolidation/stabilization theory (see Martini et al., 2018). Before encoding/storage takes place – so right after learning something – our memory representations are prone to interference. The longer the time between the processing of information (e.g., when learning something or when studying) and the interfering activity, the more stable the memory. In turn, the more stable the memory, the less people forget and thus, the more they remember. Martini et al. (2018) describe the two theories and their working as follows:

Interference theories assume that memories interfere with each other resulting in decreased memory performance. For instance, temporal distinctiveness theory proposes that information that is processed in temporal proximity to the to-be-remembered information impairs its retrieval, while temporal distance retrieval improves retrieval by inducing temporal distinctiveness. Accordingly, resting after learning should support memory retention more than an interfering task (e.g. learning vocabularies), since encoding of new material after learning impairs the access to the previously learned memory content…[Also] increasing the time interval between the to-be-remembered memory content and distracting information leads to lower interference and consequently higher memory performance.

Similarly, consolidation theories (Wixted, 2004) state that memories are affected by interference after learning, but in contrast to interference theories, they are often neurophysiologically and neuroscientifically founded. It is assumed that new information takes time to stabilize, i.e. to be transformed into longer lasting memories less vulnerable to interference. The longer the temporal gap between information uptake and interrupting activity, the more consolidation can take place resulting in less forgetting and higher delayed memory performance (p. 558-559).

So, what does all this mean for learning? You probably have guessed it yourself by now. Sending Whatsapp messages, surfing the web, and gaming are all examples of active resting. Wakeful resting and just chilling out is simply more effective for learning and remembering. And, even better, longer breaks are better than short breaks!

What’s the takeaway? All parents, teachers, instructional designers, and learners should know the drill of how to best chill for learning’s sake; wakefully!

A researcher’s note/thought here: A lot of research that we, as researchers, carry out makes use of active resting between the learning and testing phases. We call this using a distractor task. Taking the results of wakeful resting research into account, it could be that many of the (1) non-significant results obtained in the research might have been significant and (2) significant results obtained in the research could have been larger if the researchers hadn’t used a Sudoku puzzle or whatever other form of active resting as a distractor in the intervening period!

4 thoughts on “The Drill of How to Chill For Learning”