The Oxford English Dictionary defines a zombie as “a person or reanimated corpse that has been turned into a creature capable of movement but not of rational thought, which feeds on human flesh”.

While except in the most primitive cultures zombies are fictional, in education they are real, they exist and they thrive! You see them as approaches to teaching and learning (educational myths) that continue to exist and even spread though they have long been proven to be untrue. Paraphrasing the definition above, an educational zombie is “a reanimated myth that has been turned into an educational intervention/approach that moves both in time and place, is capable of influencing how we teach, but is not based on rational thought and which feeds on human learning”. And what’s more, they seem almost impossible to eradicate!

But why are educational and learning myths so stubborn? Why do they seem impossible to eradicate, like zombies? 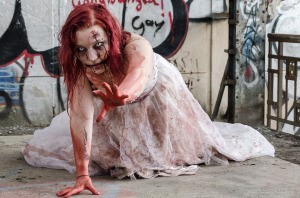 Paul has investigated this question a while back when he was working on his Dutch book Jongens zijn slimmer dan meisjes XL as well as its English equivalent Urban Myths About Learning and Education, both of which he co-authored with Pedro De Bruyckere and Casper Hulshof. He found there to be a couple of (main) reasons why myths are so indestructible. Let’s explore those and see where that leaves us.

The function of myths in culture in society

One of the reasons has to do with the role that myths play in culture and society. Bronislaw Kasper Malinowski, a well-known 20th-century anthropologist, wrote that a “…[M]yth fulfills in primitive culture an indispensable function: it expresses, enhances, and codifies belief; it safeguards and enforces morality: it vouches for the efficiency of ritual and contain practical rules for guidance man. Myth is thus a vital ingredient of human civilization…” (p. 101). Havelock Ellis, in his foreword to Malinowski’s The sexual life of savages in north-western Melanesia called them “stories which, however marvellous and improbable to us, are nevertheless related in all good faith, because they are intended, or believed by the teller, to explain by means of something concrete and intelligible an abstract idea or … vague and difficult conceptions …” (p. xxxviii).

It takes one helluva guy or girl to wipe out something that plays such a strong and clear role in society!

Number 2: The (over)availability of information

In his book, Renaissance Earwitnesses, Keith Botelho connected historia and storia (history and story/rumour), attributing it to the fact that since the introduction of printing with moveable type, alternative interpretations of what was going on in society were printed rapidly and widely distributed.

He argues that we became more vulnerable to rumours and gossip because of the printing press as well as the improved literacy in the England during the Renaissance. In our socially networked information society as it currently stands, the overload of immediate and omnipresent information comes with extensive networks of like-minded people, opinions spread fast, and they’re reinforced through repetition and exaggeration, even before they’re confirmed. As our brain tends to lend more credence to something that comes from multiple sources (echoes within our own bubble), we’re vulnerable to going ‘off track’. One voice that gets repeated, becomes a choir and there we’re, lost in self-inflicted credibility. In his words, “perhaps this pastiche of voices—an historical and theatrical babel—becomes a more accurate representation of truth than any one particular account”.

Now, let’s look at the third reason why myths are so stubborn. 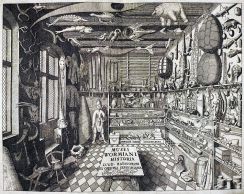 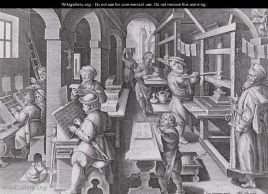 What we mean by the Photoshop® effect, is that any self-declared expert can publish whatever (s)he wants. These ‘experts’ (Paul calls them quacksperts or eduquacks), are converging on us from all directions, through every medium, and from every niche. It’s the invasion of the quackspert mind snatchers and it’s scarier than many of us think…

The idea behind consulting an expert is that (s)he really knows something and can teach you something you don’t know anything (or very little) about. That type of transaction is inherently dangerous, because since you’re a ‘newbie’ you’re at a distinct disadvantage. How are you supposed to know which of the experts who dominate public opinion are actually the real experts (perhaps we can organise some kind of show called ‘can the real expert stand up, PLEASE?!). 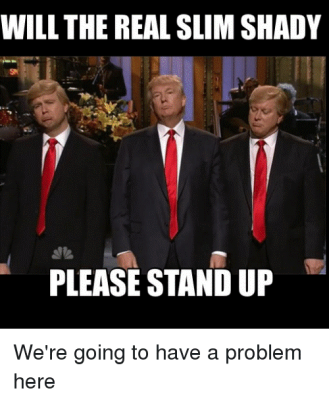 According to Farhad Manjoo, as he writes in his book Truth enough: Learning to live in a post-fact society, the “real danger of living in the age of Photoshop isn’t the proliferation of fake photos. Rather, it’s that true photos will be ignored as phonies”. In other words, when every picture, every account, every expert, every… is questionable, then all pictures, all accounts, all experts, all… can be dismissed and their “unique power to criticize will decline (p. 82)”.

Now, one would think that bringing up facts, backed up by evidence that expose the myth, would help to bring us closer to the truth, right? Think again. Stephan Lewandosky and colleagues  state that [D]ebunking myths is problematic. Unless great care is taken, any effort to debunk misinformation can inadvertently reinforce the very myths one seeks to correct” (p. 1). In other words, contradicting and falsifying misinformation, paradoxically enough, contributes to the resilience of someone’s view, It actually does nothing but reinforce the myth! Are people mad or what?

This madness seems to be related to the fact that we live in the so-called ‘post-truth’ or ‘post-fact’ era, in which people, in name of democracy and freedom of speech, confuse an opinion with evidence! Even worse, science is perceived as ‘just another opinion’, expertise is dismissed as being ‘elite’, and all opinions are equally valid.

Like Tom Nichols (20014), Professor at the American Naval War College wrote in The Death of Expertise:

I fear we are witnessing the “death of expertise”: a Google-fueled, Wikipedia-based, blog-sodden collapse of any division between professionals and laymen, students and teachers, knowers and wonderers – in other words, between those of any achievement in an area and those with none at all. By this, I do not mean the death of actual expertise, the knowledge of specific things that sets some people apart from others in various areas. There will always be doctors, lawyers, engineers, and other specialists in various fields. Rather, what I fear has died is any acknowledgement of expertise as anything that should alter our thoughts or change the way we live. 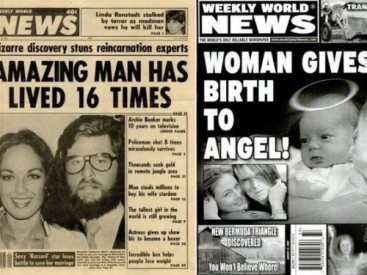 Did Donald T. Carrot Head really say this or?

As if all of this isn’t problematic enough, Anderson and Kellam conclude in their study about belief perseverance that usually (and sadly, if we may say so!) what someone’s believes remains to exist, even when there are data refuting these beliefs, or even contradict them. Also, Noymer (2001), who studied the persistence and transmission of rumours, concludes that persistence is even reinforced by contradictory evidence! He states that, sceptics who are actively trying to disprove a rumour, are actually paving the road to perseverance. Noymer calls this process ‘autocatalysis’.

…the most rapid path to endemicity (persistence) occurs when skeptics play an active role in trying to suppress a rumor, a process I label ‘autocatalysis’. This is counterintuitive, since autocatalysis of skepticism should suppress rumors…When skeptics try to stop a rumor from spreading further, the nature of the dynamics changes from epidemic cycles to endemic transmission; skeptics actions are at cross-purposes to their intentions. (p. 320-321)

With this at the back of your mind, you might wonder how useful our evidence-informed blogs are. Would it be better for us to remain silent? The answer is NO. Our dedication can be captured in the following three quotes: 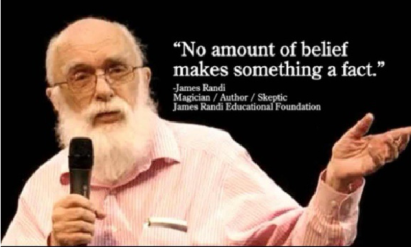 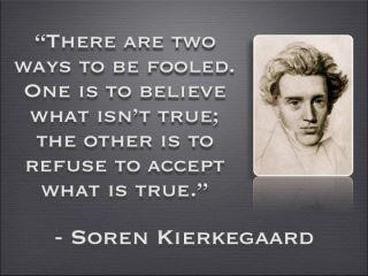 Noymer, A. (2001). The transmission and persistence of ‘urban legends’: Sociological application of age-structured epidemic models. The Journal of Mathematical Sociology, 25, 299-323. Retrieved from https://www.ncbi.nlm.nih.gov/pmc/articles/PMC2846379/