OK; I’ve covered taking notes with or without laptops and whether people learn better if they read from paper or screen. This is the third blog in an apparent, unplanned, trilogy.

Disclaimer: Let’s sketch/frame the situation so there are no misunderstandings. Yes, I know that using a computer (e.g., laptop, tablet, smartphone) can be effective in certain situations so this blog isn’t plea for pure lecture or totally banning the use of laptops in schools. Yes, of course, there are situations where it’s necessary to use a laptop in the class, so add this to the previous. And finally, yes, some teachers can be boring but that’s not a reason to do something else in the class than learn.

Let’s start with an analogy. You’re a non-smoker and you go out to eat in a restaurant, catch a ride with someone in a car, or are rooting for your team at a sporting event and a diner at the next table, a passenger in the car, or a spectator in front of you lights up a cigarette or cigar. If you’re like me, you really don’t appreciate this because it not only makes your own experience less enjoyable, but the active smoking of the other person results in your passive smoking and as such it’s also harmful to your health. In the past many people – including those in government – held the opinion that it was everyone’s right to choose. The idea was: a person chooses not to smoke, but that doesn’t mean that (s)he should be allowed to limit the freedom of others. Those smokers were adults and it was their choice to do what they want. Fortunately, both public opinion and laws in many countries have changed and we now realise the dangers of second-hand smoke and have banned smoking in public places.

What does this have to do with laptops in the classroom you ask. Well, recently I was interviewed for a TV programme about using laptops in the classroom. I was of the opinion, (well, it wasn’t just an opinion, it’s backed up by empirical research) that using a laptop during a lecture or a presentation should be banned. A colleague of mine, while accepting the premise that taking notes on a laptop had its downside, said that his students were adults and therefore it was up to them to decide what they did or didn’t do. Well, that’s partially true, but… First off, I feel that I, as a teacher and instructional designer, have a duty to prevent my students from doing things that I know are deleterious to their learning as well as to encourage them to do things that are beneficial for learning. I’m the professional and I know better than they do what works for learning and what doesn’t. But second, the question arises as to whether their choice of using a laptop is not only deleterious to their own learning but also affects the learning of others. Beginning to see the parallel here?

What’s it all about? If you want to learn, you need to focus on what you want or need to learn. Our ability to focus and stay focused on a task depends upon two separate neural processes, namely (1) directing our attention to goal-related activities and (2) blocking out irrelevant distractions. Using a laptop in the classroom affects the latter.

In the best of all possible worlds, students use their laptops in class primarily for learning. However, we don’t live in this ‘best’ world. Ravizza and her colleagues Uitvlugt and Fenn (2017), for example, found that students who brought their laptops to class to view online course-related materials did not actually spend much time doing so, and even when they did, they showed no benefit of having access to those materials in class. In an interview in Scientific American about the research, Susan Ravizza noted that although “computer use during class may create the illusion of enhanced engagement with course content, it more often reflects engagement with social media, YouTube videos, instant messaging, and other non-academic content. This self-inflicted distraction comes at a cost, as students are spending up to one-third of valuable (and costly) class time zoned out, and the longer they are online the more their grades tend to suffer” (n.p.). What exactly did they find? Participants in their study spent almost 40% of class time doing a myriad of things not related to what they were supposed to be learning such as looking at and sending messages via social media, checking their email, shopping, reading the news, chatting, watching videos, and playing games. This “non-academic use” was negatively associated with final exam scores; students with higher use scored lower.

Sana, Weston, and Cepeda (2013) examined the (detrimental) effects of laptop multitasking on classroom learning. They found that “participants who multitasked on a laptop during a lecture scored lower on a test compared to those who did not multitask” (p. 24).

But more importantly for this blog, “participants who were in direct view of a multitasking peer scored lower on a test compared to those who were not” (p. 24). The results demonstrate that it’s not only users of laptops who suffers a detrimental effect of their use, but also that those learners who are in-view of multitaskers had reduced comprehension of lecture material. In other words, multitasking on a laptop poses a significant distraction to both users and fellow students and can be detrimental to comprehension of lecture content.

This is not a one-shot result. Zhu, Kaplan, Dershimer, and Bergom (2012) for example found in their research that 75% of the students who took part in their study acknowledged that bringing laptops to class increased the amount of time they spent on activities unrelated to learning, such as checking email and social networking. And again, it wasn’t only the users who had problems. More than 40% of the students reported feeling “somewhat or significantly distracted” when other students seated near them were using laptops.

Fried (2008), who studied this problem long before social media and so forth were as prevalent as they are today, found that of the respondents in their study who reported using their laptops in class, 81% reported also using it to send email, 68% for sending and receiving instant messages, 43% for just surfing the internet unrelated to the class, and 25% playing games during the class. And again, in their responses to open-ended questions, students identified laptop-use by other students as the aspect of the class that was most distracting, followed closely by their own laptop-use!

As my readers know, I’m not a big fan of self-report. Fried, as was the case with Sana et al. also found a significant, negative relationship between in-class laptop use and achievement. Follow-up correlational analysis also revealed that higher levels of laptop use were associated with lower student-reported levels of attention, lecture clarity, and understanding of the course material. While this analysis only measured correlation, “the results are consistent with studies that have found a causal link between in-class use of electronic devices and less learning either from texts or videotaped lectures” Schillaci, 20XX, n.p.).

Going back to the second of the two factors influencing focusing, Gazzely and Rosen in their book The Distracted Mind: Ancient Brains in a High-Tech World (2016) state that our ability to set goals collides with the limitations of our ability to block out distractions which haven’t evolved to the same degree as the executive functions required for goal setting. We haven’t evolved far enough to suppress distraction, an ability which is seemingly being degraded by our constant exposure to multiple information sources.

And is there as happy medium between laissez-faire and banning laptops? The Harvard economist David Laibson had an interesting approach for his classes. In a recent Freakonomics broadcast he described it as follows:

The web offers instant gratification that undermines our very good intentions to get the most out of class, and that’s all about present bias. We go into the classroom and we are convinced, “I am going to be a good student.” Suddenly, other things become very appealing and very tempting. We’re distracted by those other very gratifying opportunities. Suddenly, we’ve lost 45 minutes of the 50-minute lecture. We could have a laissez-faire policy. Students are adults when they reach college age. Let them decide. We could have an educational intervention. We could explain all these issues. We could ban laptops. I’ve thought about all these. I don’t really love any of these options. Let me offer a different alternative, one that we could actually as a group test or think about testing.

In my class, at Harvard, we have an opt-in laptop policy. We have two sections in class. One section is for people who don’t want to use a laptop and don’t want to be around others using a laptop. Then we have another section which is the laptop section. Our view is that different students should choose one or the other section. Our concern is that if we just let students, in real time, make the choice — sitting down, “What do you want to do right now?” — a lot of people would flip open their laptop because the temptation is overwhelming.

When we survey our students at the end of the year and say, “Did this policy of having these two sections facilitate your learning?” On a zero-to-ten scale, the average rating is a little over 8. It’s about letting people choose for themselves, but letting them choose in a deliberative, thoughtful, careful way at the start of the semester. Then, once they’ve committed to one path or the other, letting that decision have its consequences.

Right now, we’ve got an anecdote. It should be replicated across dozens of courses and there should be much more careful efforts to actually measure whether it’s affecting learning, whether students value this, or whether students feel that this is inappropriate paternalistic behavior on our part.

As Sana and colleagues (p. 25) state “Disrupting one’s own learning is an individual choice; harming the learning of other students in the class is disrespectful. Laptop distractions due to movement of images and laptop screen lighting and multitasking activities may cause involuntary shifts of attention among students in close proximity to laptop users. These studies suggest that students are annoyed and distracted by laptop use.” 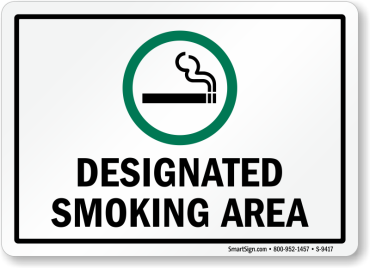 In other words, laptop use in class is the new second-hand smoke!

Zhu, E., Kaplan, M., Dershimer, R. C., & Bergom, I. (2011). Use of laptops in the classroom: Research and best practices (No. 30). CRLT Occasional Papers. Center for Research on Teaching and Learning: University of Michigan.