By Paul A. Kirschner & Mirjam Neelen

Does the following sound familiar to you? You’re discussing a topic that you know quite a lot about and which you have probably spent many years studying and mastering. Suddenly someone who knows nothing about the subject interjects some kind of statement that makes no sense at all, however (s)he has a very strong opinion and seems to think that (s)he is quite competent. Not only that: (s)he’s convinced that (s)he’s right and that you’re wrong! And whatever you say or do, your discussion partner doesn’t bend; (s)he sticks to her/his guns. Well, this happens to the two of us all the time. It’s frustrating and annoying to us grumpy but (fairly) knowledgeable people and it’s known as the Dunning-Kruger Effect. 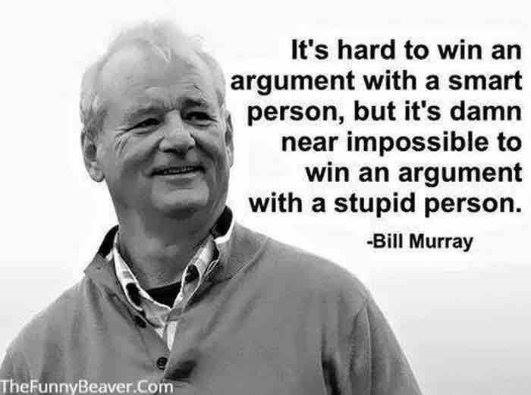 Psychologists Justin Kruger and David Dunning published an article in 1999; Unskilled and unaware of it: How difficulties in recognizing one’s own incompetence lead to inflated self-assessments. The Dunning-Kruger Effect means that incompetent people (in this case, people with little to no knowledge on the topic at hand) are not capable – because of their incompetency – to see that their reasoning, choices and/or conclusions are just plain wrong. From the abstract of the article:

People tend to hold overly favourable views of their abilities in many social and intellectual domains. The authors suggest that this overestimation occurs, in part, because people who are unskilled in these domains suffer a dual burden: Not only do these people reach erroneous conclusions and make unfortunate choices, but their incompetence robs them of the metacognitive ability to realize it.

In other words, these not knowledgeable, and thus incompetent people in the area under discussion, don’t have the metacognitive ability (that is, knowledge of their own knowledge) to have insight into what they actually know or don’t know. As a consequence, they often – if not always – overestimate their own ability which makes them think that they’re very (even above average!) competent. Do you see how this is an issue?

When working in the learning and education field, this type of person is very common. Our guess is that that’s the case because just about everyone considers themselves a learning and/or education expert to a certain extent. After all, we’re all learners, we’ve all experienced learning and education (for anywhere from 12 to 20 years), we’ve all had positive and negative feelings while learning and experienced positive and negative situations while learning at school or otherwise, and so forth. Whatever it is: It’s common that people are passionate about learning, emotional as well, even if they don’t know anything about it.

Strong statements like “education is broken!”, followed by an emotional plea that contains no facts whatsoever or a solution to that ‘problem’ without any scientific basis are quite common nowadays. Or what about comments on learning strategies? When the learning expert, based on a plethora of empirical research, explains that “rereading and highlighting have been proven to be ineffective and inefficient learning strategies”, someone in the audience will go out of their way to explain how the expert is wrong, explaining how his/her son/daughter always rereads a chapter and how that helps him/her immensely. And the aunt of their neighbour who highlights like crazy, using all the colours of the rainbow and the neighbour passed her exam so “how can you say highlighting doesn’t work?” And then you have to explain that the highlighting doesn’t necessarily caused the successful passing of the exam and… sigh. Or take learning styles or the learning pyramid or multitasking or …

Another area where the Dunning-Kruger Effect is alive and kicking is self-directed and self-regulated learning. Although there are differences between the two, they also have certain things in common. For example, both assume that learners are able to plan their own learning and can monitor their learning process and progress. In order to be able to do so, they need to have metacognitive abilities of self- reflection, self-monitoring, and self-judgement. Unfortunately, and this is where Dunning-Kruger comes in; IF you are incompetent (and that basically goes for all learners otherwise they wouldn’t be learners but would be experts), THEN you are – by definition – UNABLE to do all this. At the same time, you believe that you’re very good at it, which then has all kinds of nasty consequences for both your own poor learning but also for the people who have to listen to your nonsense (hehe).

This phenomenon, that learners do not have the ability to be effective self-directed and self-regulated learners gets worse if you discuss it with people who work in education (for example teachers or trainers) and who base their opinion on their everyday observations but don’t have any knowledge of the scientific foundation of, for example, expert-novice differences. Because of anecdotal ‘evidence’ (and remember here, the definition of data is not two anecdotes) they think that self-directed and self-regulated learning does work for novices. Because of the Dunning-Kruger Effect, a discussion with this type of people quickly dies. You can probably best compare it with discussing the topic with a brick wall.

We recommend following the advice on the e-card below (and we can definitely use the advice ourselves) as a first aid tool in case you end up in a conversation with someone who’s totally unaware how incompetent they are (we almost said “with someone suffering from the Dunning-Kruger syndrome”). 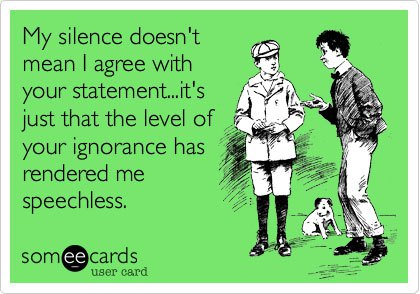 Bite your tongue and don’t be tempted to say what Louis van Gaal, manager of a number of successful and not-so-successful football teams, once said: “Am I that smart or are you that stupid?”

13 thoughts on “The Dunning-Kruger Effect: A Poisonous Paradox”